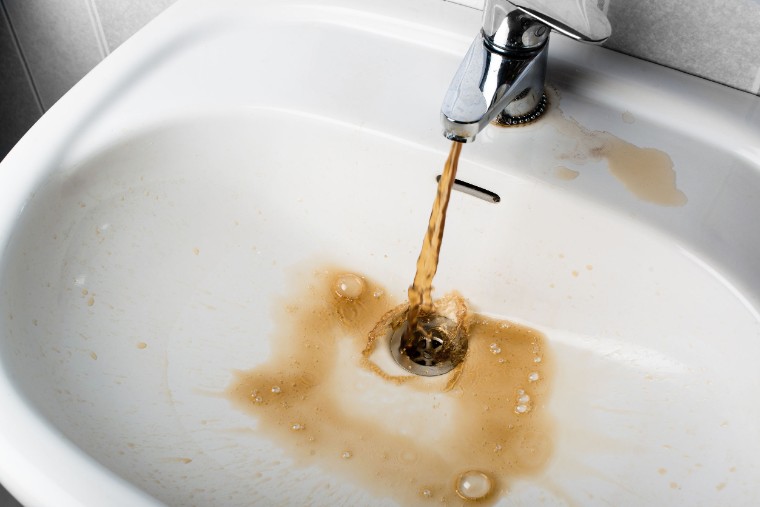 Brown Water from Taps - Should You be Worried?

When you turn on that tap for a refreshing glass of water, it's always a shock if it's not crisp, clear and pure-looking. "My tap water is brown! Surely that's not safe!" Not just that, it's not exactly appetising and surely it's no good for washing the clothes! So you're right to hear an alarm bell when brown tap water is what you find in your glass or your bath - but is it really time to start panicking?

Let's go through what's worrying, what's not - and what you should do next:

It goes without saying that brown or otherwise discoloured tap water is not going to be good for those white sheets in your washing machine. But does that mean it's going to make you sick?

Actually, dirty water is quite often just a natural element called manganese that tends to coat the inside of your pipes as they age. When was the last time you flushed your plumbing by running the offending tap at decent pressure for a good few minutes? Especially if it's not a tap that is used so often, that can do the trick.

If brown tap water can still be safe for drinking, the same is often true when it's milky. It could just be very small air bubbles that have become trapped in your pipes and have made it into your bath - especially if you've just had some plumbing work done. So if it's just air or a sudden release of carbon dioxide, that's probably perfectly safe.

But if it's blue, or blue-green, or the coloured water really doesn't look right at all, you could be dealing with a bit of a worry. If it has a nasty, metallic, bitter taste to go along with the weird colour: stop drinking!

What you can taste is probably copper from corroding pipes - and no, it's definitely not safe. If, however, the colour goes back to normal after a 2-3 minute flush, you're good to go again.

Have you ever poured a bath or a glass of water and spotted black specks - like chunks of pepper - floating around? You're probably looking at the remnants of wearing and degrading gaskets, o-rings and washers from your plumbing system. It goes without saying that these are not to be consumed! It's also a good time to replace those tap washers!

If you are not familiar in replacing taps, then contact a tap repair specialist!

Even if your water is crystal clear, trust your taste-buds. You know what tap water should taste like, so if the taste is seriously wrong, that's millions of years of evolution telling you that you're detecting chemicals that aren't safe to drink. If it smells, too - especially if it's a musty, earthy smell - you could even be dealing with blue-green algae.

Luckily, our water quality in Queensland pretty darn good - even if it is sometimes a little murky. If you're not sure, though, play it safe and either report that strange-looking water or get the best local plumber in the business to give your plumbing a thorough inspection and clean bill of health.