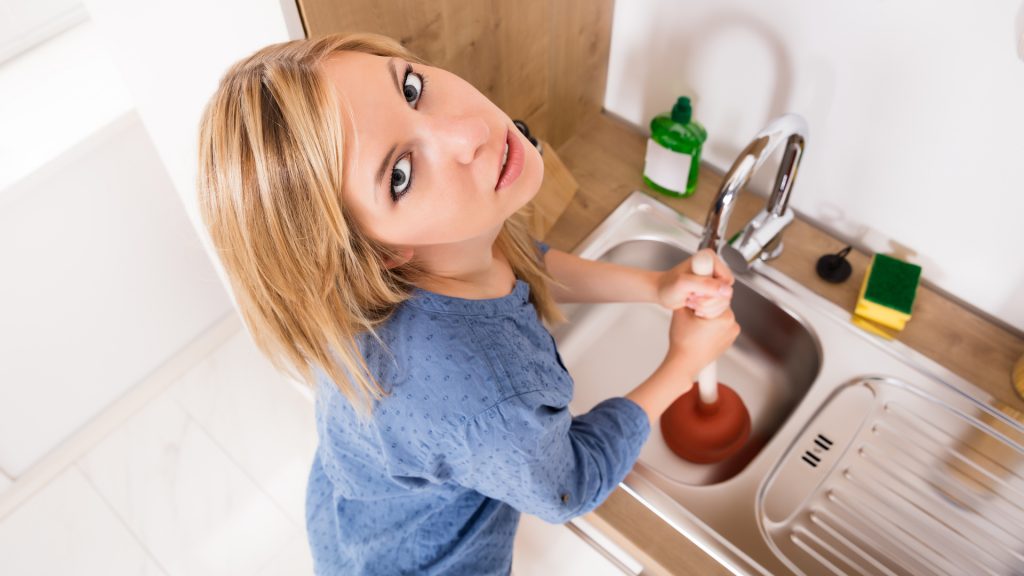 6 Super-Simple Steps on How to Unblock A Drain

How often do you think about how to unblock a drain? Answer: if you're reading this, then probably not enough! Most people don't give a lot of thought to blocked drain DIY until those normally clear and reliable drains are all backed up - so why not take a few minutes to read about how easy it really can be to fix?

Firstly, never forget that using your taps, taking a shower and flushing the toilet all relies on having drains that are clear and working well. It's common knowledge that flushing big objects is a bad idea, as is pouring the rest of your household paint down the kitchen sink. But what else can you learn about unblocking drains in a single sitting?

Not knowing anything about unblocking drains may eventually cost you a plumber's bill, but neglecting your drains completely could put an annoying, smelly, expensive and even damaging and unhealthy situation on your hands.

So our blocked drain plumbers are here to help! Follow along as we layout an easy step-by-step process that could turn that blocked drain into an unblocked one in no time.

1. Head for your Kettle

No, it's not the time for a cup of tea (you can get to that once you've learned about unblocking a drain!) Instead, boil the kettle and rather than reaching for the tea bags, pour that steaming hot water down the blocked drain.

Did this environmentally-friendly method loosen up all that gunk and clear your drain?

And then? Take another look in your pantry for some vinegar, because that can really help too.

3. Reach for the Plunger

If you've got a plunger under the sink and the water-baking soda-vinegar trick didn't work, it's time to pull out the big guns. And if you don't have a plunger, you'll have some change from $20 when you buy one from the hardware store.

A plunger is great when you need to know how to fix a blocked drain and you suspect the blockage could be solid. Just make a good seal over the drain and prepare to use those muscles!

But if a plunger is pulling out the big guns, then a drain snake is a weapon of mass drain unblocking!

Just head back to the same hardware store you bought the plunger from, and ask for a drain snake. When it comes to learning how to unblock drains, this tool is a real doozy. Unlike a plunger, which uses suction, a drain snake uses your same muscle power to press into the blockage and break up the gunk.

If you're thinking 'I've tried 4 different things and nothing is working', we still have some tricks up our sleeves for blocked sink drains.

So if your blocked drain DIY confidence is high, scan your eyes beneath the sink to the U-bend. Put a bucket underneath it on the floor to catch any mess, and then figure out how to take the U-bend off. Then it's just a matter of cleaning it and bolting it back on. Easy!

Now, this is where we apologise - because our normally super-reliable steps for easily unblocking a drain have failed. But don't be too hard on yourself, because sometimes unblocking drains is not all that easy and quite often the blockages are pretty serious.

And don't worry: In Deep Plumbing can help! Our skilled and experienced Gold Coast plumbers are absolute specialists in drain cleaning, drain unblocking and repairs - and unlike all that amateur DIY, it really is the safest and most reliable way to do things. Ready to talk to a friendly member of the In Deep team? We're standing by to take your call.