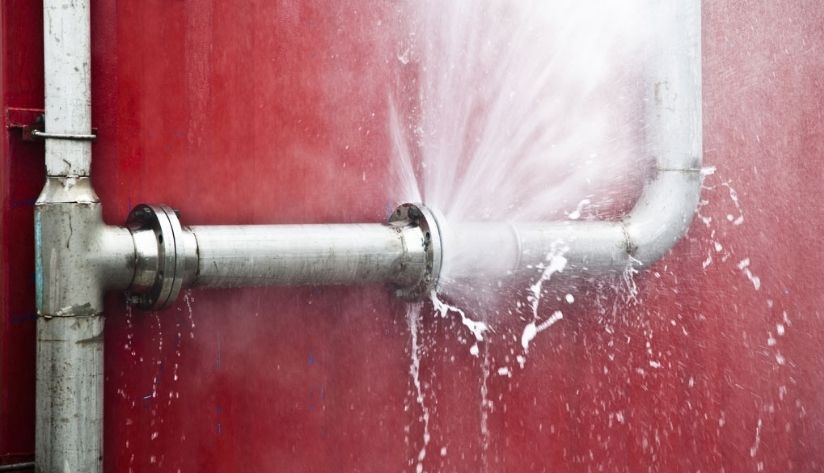 In the coldest of countries around the world, a burst water pipe can very often be put down to the freezing temperatures - as the mercury plummets, the pressure inside the pipes soars and something has to give. But in Australia, and particularly in the beautiful and sunny Gold Coast, winter is not top of the list of burst water pipes causes.

Even a minor water pipe leak can ruin your day, cause a mess, damage your possessions, ceilings and walls - and even compromise your home or building's very foundations. And a burst water pipe is exactly the same ... on steroids! So what are the main causes of burst water pipes here in sunny Queensland? At In Deep Plumbing, we've put together the most common of them for you:

Not all water pipes these days are made of metal - PVC or rust-resistant copper are minimising problems these days. But when water pipes burst in older homes, rust and corrosion of those correspondingly old metal pipes are very often the reason.

Did you know that the water supply in Queensland is fairly 'hard'? What this means is that it contains small quantities of minerals, which while not causing problems when we drink it, can actually lead to a build-up of calcium, magnesium and other deposits on the walls of your pipes, and greater pressure and corrosion (which can also cause brown water from your taps).

Did the experienced Gold Coast plumbers at In Deep Plumbing install your pipes? Unfortunately, too many of our competitors cut corners, lack experience or expertise, or use bad or incorrect materials or techniques - one bad solder is all it takes to create a weak point that is like a ticking time bomb.

Trees may be beautiful - but their roots can really interfere with your water pipes! A tree root may not seem dangerous, but it's just a fact that your water pipes sometimes are not strong enough to stop them - and those roots keep growing until something has to give.

Although water suppliers endeavour to supply water at a reasonable pressure, there's no doubt that some residents report excessive pressure. It could be because of an existing pipe issue that is causing your water to slow down, but no matter the cause, the result can be a big bang - particularly if that water is combined with a phenomenon like water hammer.

But at the end of the day, it's just a fact anything human-made is prone to occasional failure - and burst water pipe causes extend far beyond the aforementioned 5. The key is great support, advice and swift maintenance and repairs done with all the right knowledge, credentials, licensing and impeccable tools, materials and oodles of experience. That sounds exactly like the burst pipe repair experts at In Deep Plumbing, so why not give us a call today?